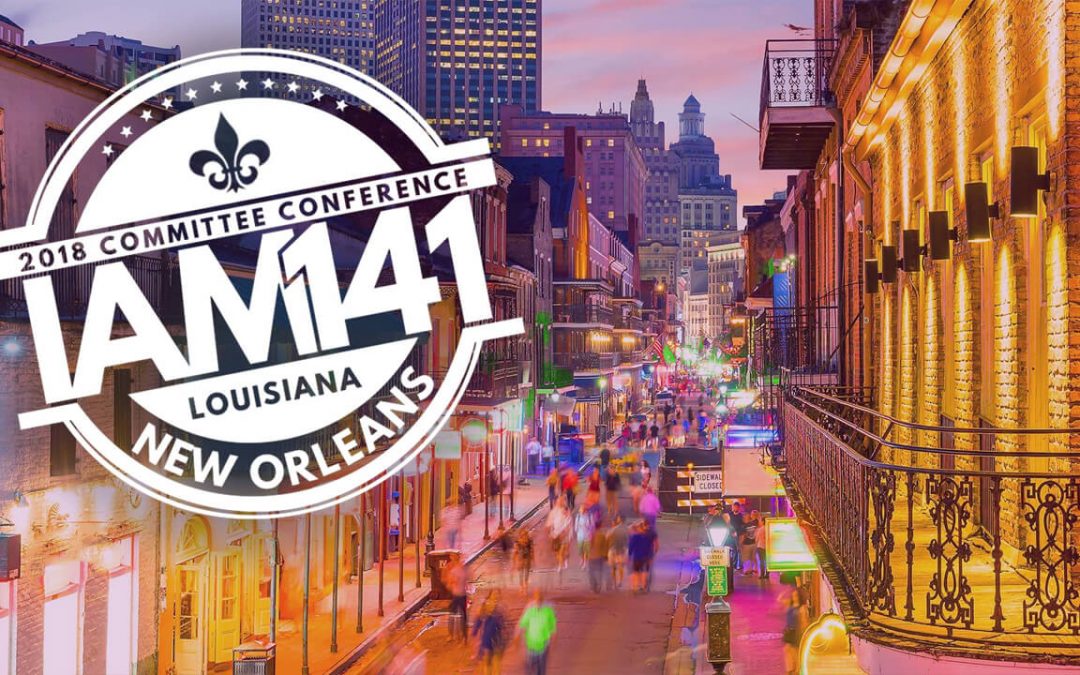 IAM Grievance Committee Chairpersons representing more than 40 thousand airline workers from every major airline in North America will be gathering in New Orleans, Louisiana this week for the 2018 IAM141 Chairperson’s Conference.

Each year, IAM141 brings together elected union leadership to discuss the most pressing issues facing workers at the nation’s top airlines.

“I myself was very excited to hear that we were going to hold the Conference here in 2018,” said Colina in the opening ceremony. “This is a city that’s incredibly vibrant, filled with joy and resilience.”

Colina is a Committeeman from Houston, Texas, which is about 300 miles away from the Conference location near the New Orleans French Quarter. Local 2198 expands across a vast area and includes much of Houston and New Orleans. Colina acknowledged the challenges that come with representing such a large region but said that the two cities share a common commitment, and a shared history thanks to the twin disasters of Hurricanes Katrina and Harvey.

“Last year, Houston suffered a great test with Hurricane Harvey,” said Colina. “And, it was the city of New Orleans that showed us how to be Houston Strong.”

Colina also expressed how important the annual Conference is to the members of IAM141. “This is by far my favorite Conference,” Colina told the assembled union activists at the opening ceremony. “I love this Conference. In order to help each other, we have to talk to each other. We have to share our experiences, network and learn from each other. Because of that, this is one of the most important gatherings that IAM141 is responsible for each year.”

The Conference runs from May 21 – 24 and is held this year at Hanna’s in New Orleans, LA.