“It starts with one can…” 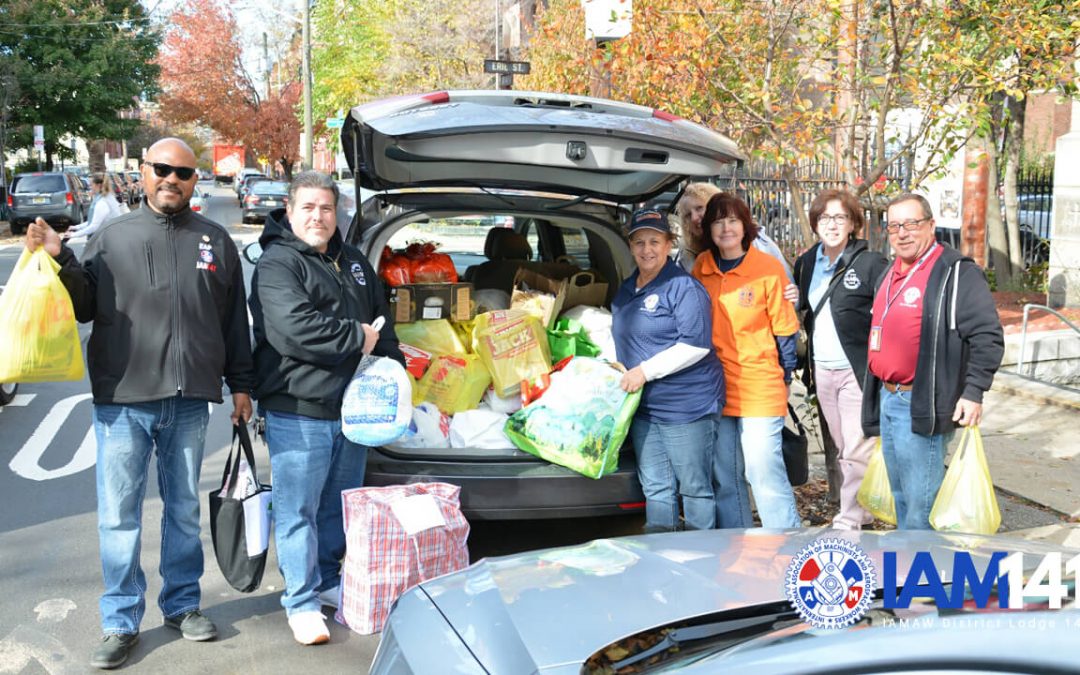 Fresh off the 68th District 141 Convention in Orlando, Florida, Debbie Inverno was energized and motivated. As a Shop Steward and Chair of the Community Service Committee at Local 914 in Newark, NJ, she had been collecting non-perishable food donations from members for a few months, but without a defined project in mind. The work that the Community Services Committee did at the Convention changed all that:

“What Cristina said made it all click,” said Debbie. “She told the committee: “It starts with one can…and you keep going.””

The words of Cristina Odoardi, a District 141 Trustee who was advising the Community Services Committee at the Convention made a big difference to Debbie Inverno. Since she already had one can, Debbie figured all she needed was the impetus to take the next step, and it came to her in Cristina’s simple call: “Keep going.”

Soon after her return to New Jersey, Debbie found out about Hope House, an emergency shelter for women and children near Newark. Her son, a Port Authority Police Officer, was familiar with their work and Debbie was convinced that this was the perfect fit for the local’s community service work. She had found another incentive to keep going.

“It starts with one can…”

Debbie kept going non-stop for the next two weeks. After making an initial call for donations, she posted an update with a picture every day on the Local 914 Facebook wall. She shared the news in other social media outlets where she knew her co-workers at United Airlines in EWR go for news and updates. When the donations started pouring in, she picked up everything in person, collecting donations all over Newark Airport and even at co-workers’ homes. She enlisted the help of her neighbors, whom she called “honorary union members” after they contributed three turkeys to the food drive. She also accepted cash donations and made several trips to the grocery store to personally pick up items to complete a full Thanksgiving dinner with all the trimmings. “Soup to nuts, there’s even nuts in there!,” Debbie said as she unloaded her car with the help of Local 914 Community Service Committee member Lee Carpenter. “Fifteen families who currently reside at Hope House will celebrate Thanksgiving with a traditional meal thanks to our members’ generosity.”

Local 914 President Bill Gula also lent a hand unloading over 30 bags of groceries and five turkeys at the shelter. He praised the work that was accomplished in a relatively short period of time: “Debbie’s successful effort is simply outstanding. She was the engine that got this project to this beautiful completion. We are grateful to all the members who contributed and for Debbie’s leadership and big heart. Happy Thanksgiving!”

According to Debbie Inverno, she’s just getting started. She wants to “adopt” Hope House to continue to support their work. This was welcome news to Lisa Ginn, Residential Assistant at Hope House who was grateful for the Thanksgiving donation and was thrilled to hear that the Machinists will be back to continue to support the center’s programs on behalf of homeless women and children. “Service to the community, this is what we do,” said Debbie. “And we have to keep going.”