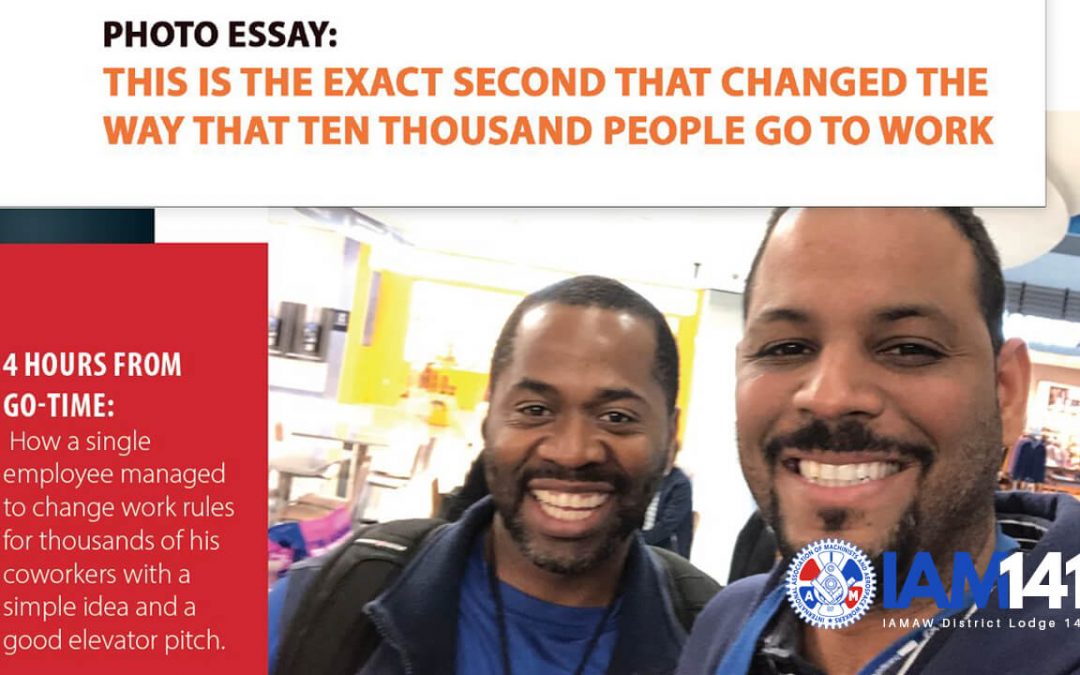 Starting April 1st, Machinists and other employees at United will start being able to conduct day trades all the way up to four hours before they are supposed to clock in.

We were able to capture images of the exact moment that process got started.

Machinists and other airport services employees at United will be able to conduct day trades all the way up to four hours before their clock in time.

That means that sudden emergencies will not force as many people to call out on the company sick line, burning priceless attendance points.

It’s a significant improvement. So big, in fact, that it’s hard to calculate precisely how many people will be included. “It’s system-wide, the changes will cover the whole company,” said AGC Victor Hernandez (IAH, DFW, SJU). “I can’t really say how many people qualify for day trades and will see the improvements, but it’s at least ten thousand.”

Usually, few employees get to see the exact moment that leads to policy changes like this one. But this time, a series of photos captured the specific conversation that led to this sweeping, company-wide change. The results provide a fascinating glimpse into what workplace activism looks like in real life.

We got the whole thing on camera. You can see how it started in this photo essay. Check it out. 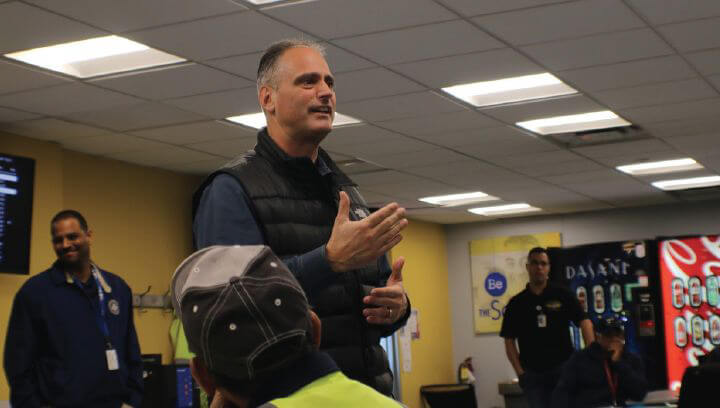 November 2018, at IAH airport in Houston, Texas. Mike Klemm, President of Machinists District 141, makes regular visits to the largest airports in America at least once a year. Brother Klemm is responsible for advancing the interests of more than 40 thousand current and retired airline workers in the United States. 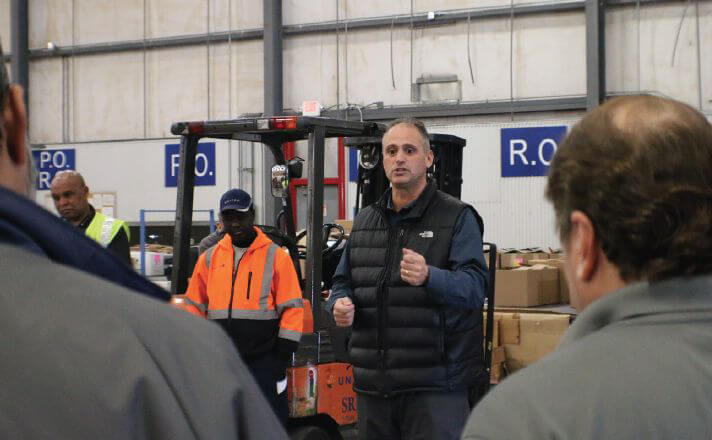 Meeting airline employees in their own work areas and break rooms helps overcome barriers that sometimes develop between leadership and the front lines. 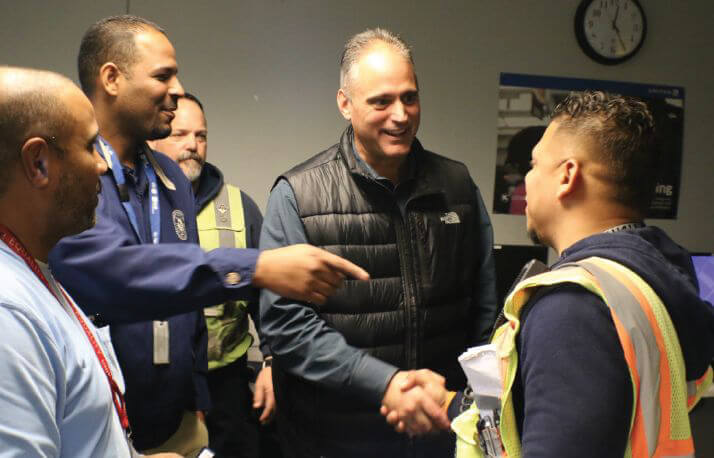 Mike Klemm is a former ramp lead from JFK, and he hasn’t strayed far from the ramp culture that he was a part of for more than 20 years. “It’s a matter of basic respect,” he told several airline union leaders at a round table meeting. “These guys are asked to do a tough job, and they do that job with a level of precision and professionalism that makes our US-based carriers the safest and most reliable in the world. I’m not going to stay in a nice, cushy office while these guys are out busting their humps making billions of dollars for our airlines. I want to meet them and hear what they have to say, and that means staying true to my roots, on the front lines.”

On Klemm’s November station visit to Houston, Texas (IAH), the strategy of staying grounded paid off. One of the United employees he met had some valuable insights from the gates.

Here it is – The conversation that led to sweeping work rule changes that will impact more than ten thousand employees at United Airlines. This is the exact moment that led to new day and shift trade rules across the system.

Kirk Griffiths, a Houston-based IAM member, and Ramp Service Agent, stopped DL141 President Klemm during a station visit and explained how the day and shift trade rules at United could be improved. It can take years to recover from a serious attendance issue, which is the number one cause of job terminations at the carrier. More day and shift trade flexibility could help.

His fix was simple: just shorten the cutoff time for turning in a day trade. For years, United had insisted on having all trades submitted 24 hours or more prior to the start of the shift. Reduce that deadline, and life would suddenly get a lot easier for thousands of United employees.

President Klemm agreed – and promised to take the matter up with United Airlines leadership.

After meeting with President Klemm, Kirk Griffiths (right) continues to press his position with Local 811 Grievance Committee Member Greg Hall. Hall represents IAM members when dealing with attendance issues at United/IAH. Thanks to the work of union activists like him, IAH has seen fewer job terminations than anywhere else in the United fleet services system. Of more than 350 attendance hearings in 2018, only 4 Machinists members actually lost their job.

… And now, the company has also agreed with Kirk Griffiths.