Unions at Work: Machinists Meet Lawmakers in the Garden State 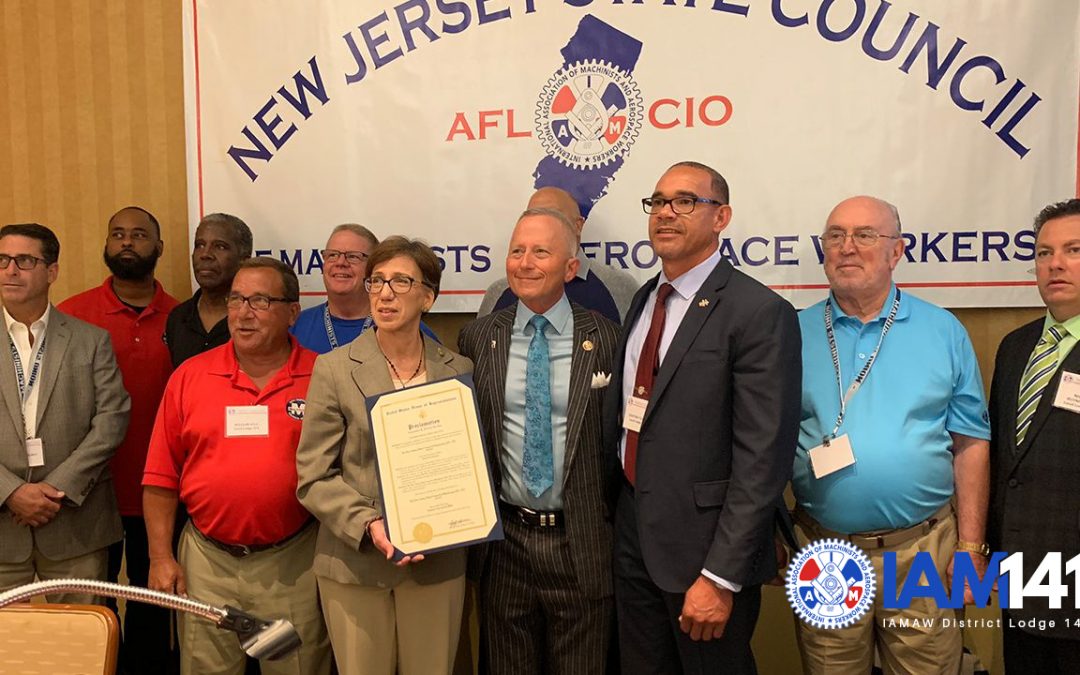 Machinists Union Members from all over New Jersey gathered in Atlantic City this week to tell their congressional representatives what they need in Garden State workplaces and communities.

“These events give working people a chance to meet elected officials and to show our numbers, our ability to organize, and our ability to deliver a message. That gives us the credibility we need when we go before lawmakers on Capitol Hill,” Garcia-Keim said.

Ines is the first woman to serve as President of the New Jersey State Council, a position she has held since January of 2018.

”This gives front-line workers an opportunity to have a one on one conversation with a representative from congress,” Ines explained. “We also have leaders from all the different parts of our union coming in to give updates about what’s going on at their workplaces. There’s a lot going on that we want lawmakers to know about, things like work rules, organizing, contract negotiations.”

“Our main goal is to make sure that everyone is informed and participating, so we can do our jobs better,” she said.

And, the conversations are often helpful for policymakers. “Our members tell lawmakers things that they don’t already know all the time,” Ines said. “Very often, we help them understand the way that laws are actually affecting the workplace from a perspective that they don’t often get to see – the position of the workers themselves.”

Union members organize the legislative councils at the state level. Voluntary donations to a separate division of the union, called the Machinists Non-Partisan Political League (MNPL) are used to support candidates who earn the council’s endorsement. “No dues can ever go to any candidates,” explained Legislative Director Roderick, “We get the money we need from recurring donations from members, selling T-Shirts and other fundraisers.”

“It is so important for members to support this work,” Roderick said. “This is how working people can band together in union to make workplaces work better.”

According to Ines, the more participation they can attract from front-line workers, the better. “We need everyone. Our union does not engage in every hot-button political issue, but we care passionately about company mergers, international trade agreements and outsourcing, a living wage and secure retirement and the like. These are the things that hit home for working people,” Ines said.

“If you are a member of our union, you are invited to play a role,” she said.

Representatives from the IAM National Pension Fund and Guide Dogs of America were also in attendance.

District 141 President Mike Klemm delivered the keynote address. The invocation was delivered by Rev. Derrick Monk, a Committee Rep from Local 1776 in Philadelphia.

IAM Local 1776 President Rich Howell presented the annual Frank Darcy Leadership Award to Obie O’brien, in recognition of his lifetime of service to the Machinists Union and the working people of Philadelphia.

Machinists Union members who want to participate in upcoming Legislative Councils for 2020 can get started at their Local Lodge’s next Monthly Union Business Meeting.