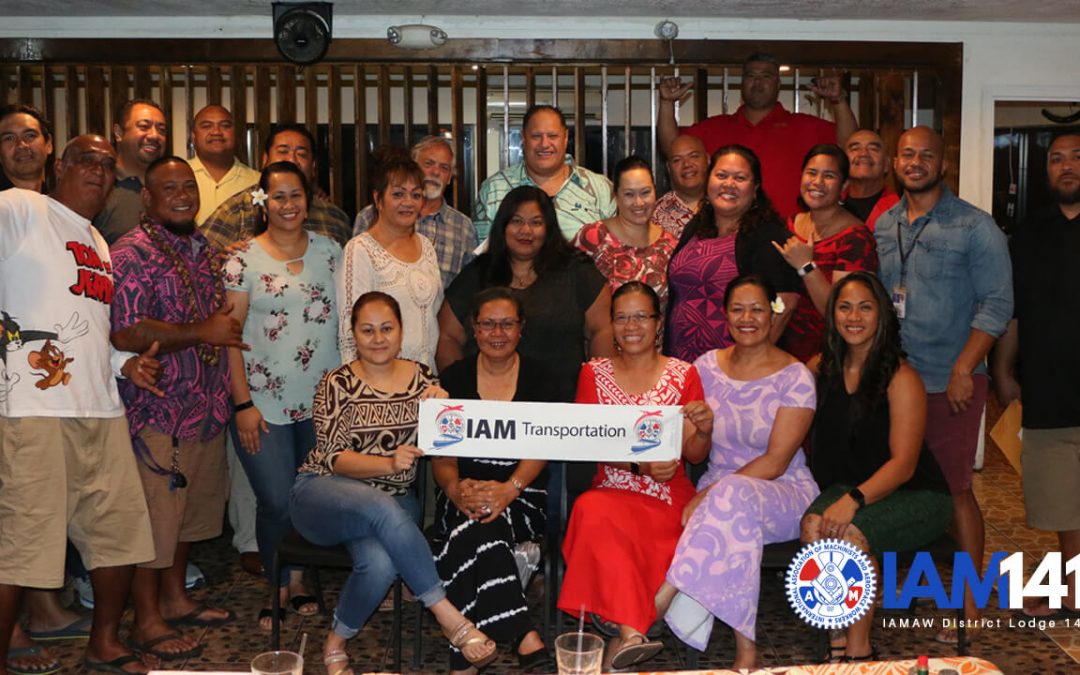 “This is one of the most productive and profitable routes for Hawaiian Airlines as it employs IAM members in many duties on the island,” said AGC Croker. IAM members in Pago Pago work in Customer Service, including providing assistance to passengers who need wheelchairs, in Ramp Services including Lav and Water, in Load Control, and also as Cargo Agents and Aircraft Cleaners. Three Aircraft Technicians based in PPG are represented by IAM District 142.

A “meet and greet” event held on Saturday evening provided the new members an opportunity to learn about the programs and benefits available to them through our union. District Educator Mac McGovern distributed union information materials and also described the training classes that are offered to members. McGovern will be coordinating with AGC Croker to schedule training classes so the members gain the knowledge they will need to represent their co-workers.

President Meki Pei stated that Local 1979 is ready to assist the members in PPG and to give them the support and representation they need and deserve.

The PPG members elected two Shop Stewards via secret ballot who will hold the positions for one year. Newly elected Shop Steward Melesio Gurr, a 9-year employee at Hawaiian was very happy to welcome the District 141 Representatives, stating: “I’m very excited to have a union in Pago Pago. The IAM will bring an additional voice to our employees. Also, I’m very excited to say that we’re the first station the IAM District 141 is representing south of the Equator.”