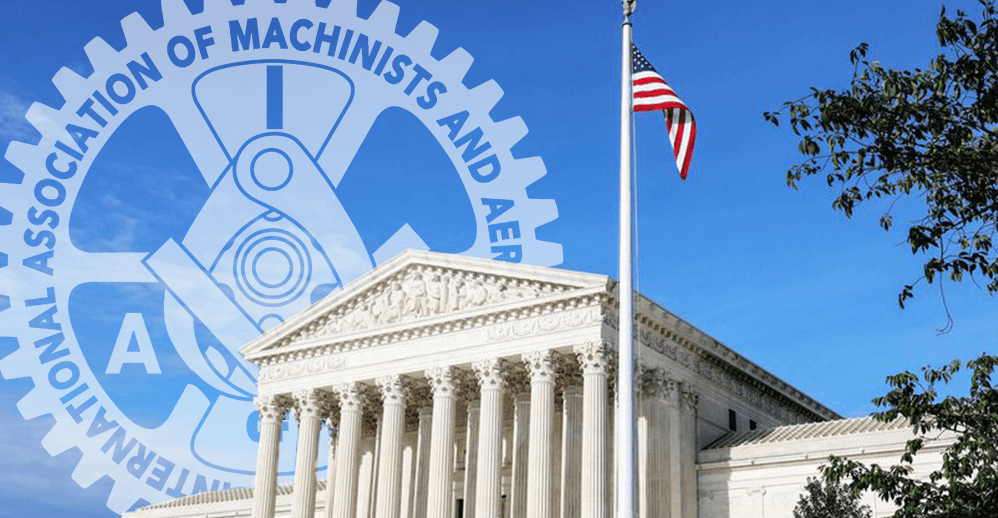 In a major victory for unionized workers in transportation, a Federal District Court in New Jersey dismissed a lawsuit filed against the IAM, District 141 and Local 914. Plaintiffs Linda Rizzo-Rupon, Susan Marshall and Noemio Oliveira sought to be exempted from the payment of agency fees that support our union’s representation activities.

Our Brothers and Sisters of Local 914 erupted in applause when District 141 Assistant General Chair Rich Creighton announced the decision last week at the local’s business meeting. Quoting parts of the judge’s ruling, Creighton stated that “The judge based his decision on two main items: First, the union is not a state actor so our activities are not subject to the Janus decision, and second, Article 8 of the Railway Labor Act (RLA) contains a union security provision that protects our contract. We were victorious based on those two items. This decision allows those agents, if their lawyers and the anti-union group decides they want to push it, the right to appeal, but as of this moment the case was dismissed against Local 914 and District 141 under the Railway Labor Act.”

US District Judge William J. Martini dismissed the case with prejudice on December 16, 2019, in a big setback for the Mackinac Center, the Michigan-based anti-union group that financed the lawsuit. In a 5-page decision, Judge Martini ruled that the 2018 US Supreme Court Janus decision does not apply in this case, since the plaintiffs work for a private company, not the government. He also cited Railway Employees Dep’t vs Hanson , a 1956 Supreme Court decision that upheld the constitutionality of the “requirement for financial support of the collective bargaining agency by all who receive the benefits of its work.”

The full text of the court’s decision can be read here.

I am delighted to share this good news with every proud Machinists Union member. We agree wholeheartedly with the judge’s decision and thank our legal team for their fine work. We can now turn our undivided attention to the important work we do every day improving the lives and working conditions of all our members and our communities.