Finding True Love in the Union 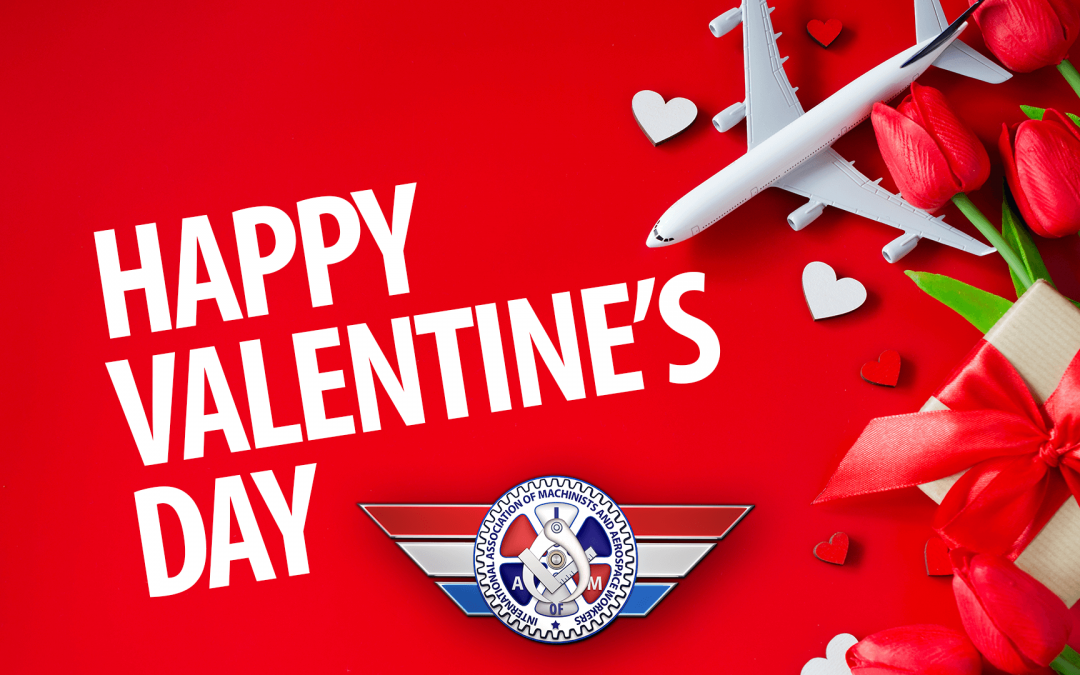 There was a time long ago, before dating sites and apps on the internet, when the only way to meet someone was to go out and interact with people. As union members who believe in solidarity, we do this all the time. But how does solidarity turn into true love? To celebrate Valentine’s Day, we asked a few couples who are active members of District 141 how they met and what made them realize they had found “The One.” 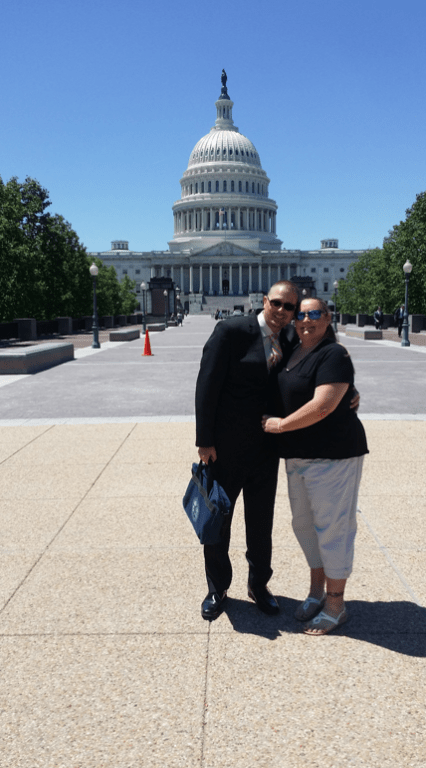 Jenn and Jeff worked together but didn’t really know each other. That changed on May 23, 2006.

Jeff Carlson’s car was in the shop, so he was riding home from work with a friend. They stopped for a beer, and Jeff began a conversation with Jenn that lasted for hours. Jenn offered to drop him off, and he was smitten: “I kissed her good night as I was getting out of the car, and I knew she was the one.”

“I called her the next day and made plans to go out, and we have been by each other’s side ever since.  We were married exactly 3 years from the night we met,” said Jeff.

The Carlsons have both served as Committee Chairs at Local 2210 in San Antonio, TX. Jenn holds the position at present, and Jeff describes his role as “right hand” Shop Steward.

Their roots in the airline business run deep. Jenn is the 4th generation in her family to work at United. Jeff’s mother was a flight attendant for Allegheny Airlines and his father was a ramp serviceman at American. Jeff said they proudly honor that legacy: “My father taught me how important a union was from the time I was a child, and Jenn and I carry our parents’ support of unionism forward as we represent our members on the shop floor every day.” 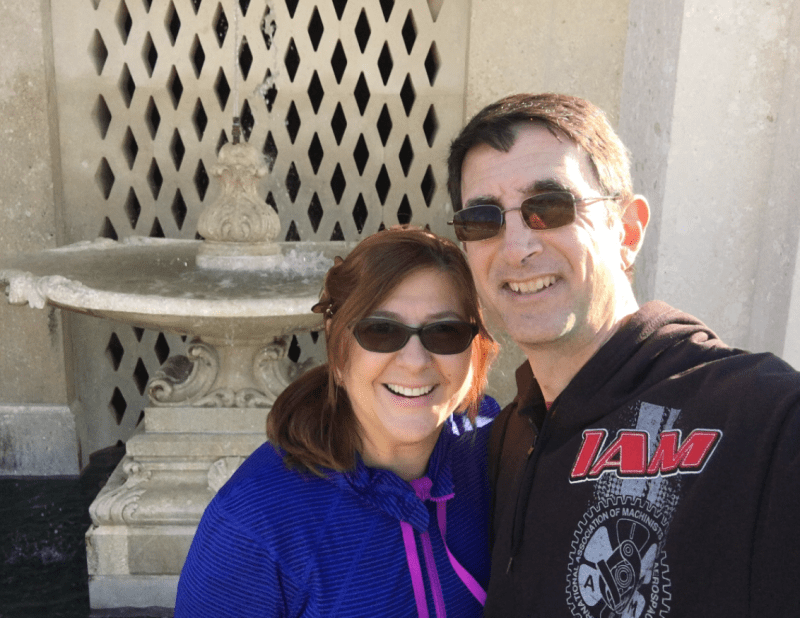 Adriana and Dave met (of course!) when he took her picture.

During the 2011 United/Continental representation election, Rich Pascarella, President of Local 1759 (who later became a District 141 AGC), organized an informational meeting for Ramp Service workers at Washington Dulles Airport (IAD). Adriana Picasso, a Lead Customer Service Agent at United and Shop Steward, was a volunteer at the IAM T-shirt booth. Dave Lehive, as a Communications Representative for District 141, was interviewing workers and photographing the event. At the end of the day, Adriana asked Dave to take her picture, and he says that “the rest is history.”

Dave and Adriana’s friendship flourished through emails and Facebook, and a few months later they found themselves together again, this time in Las Vegas at the District 141 Convention. After several dinners and many dates over the next 3 years, Dave and Adriana tied the knot on March 8, 2015.

“We found true love through the IAMAW,” said Adriana. “We’re both passionate about our Union and each other.” 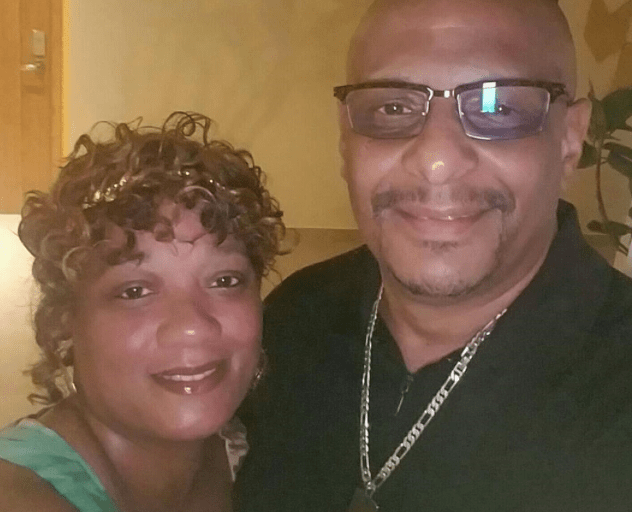 “I did not expect to find my husband at my first District 141 Convention in Las Vegas, Nevada!”

Helena was relatively new to the union, but her activism earned her election as Conductor Sentinel at Local 1725 in Charlotte, NC. At the 2010 District 141 Convention, former AGC (now Grand Lodge Representative) Gil Simmons introduced Helena to Sonny Thornton, a Committeeman from Local 1776.

After 2 years in a long-distance relationship, they were married during the 2012 District Convention at the Golden Nugget in Las Vegas. After the wedding, Sonny continued to work in Philadelphia and he and Helena scheduled vacations and day trades to be together. After four years of managing flight and work schedules, Sonny transferred to Charlotte in 2016 intending to retire soon after. He’s still working.

“During our first dates, I would say ‘no union talk’ which was very hard for Sonny,” says Helena. “‘What do I talk about now?’ he would ask, because he was passionate about his union work. Now I’m the local’s Recording Secretary and the roles are reversed, so I’m the one that ‘talks union’ all the time.”

Maria and Ivan’s union work is an extension of their family life. 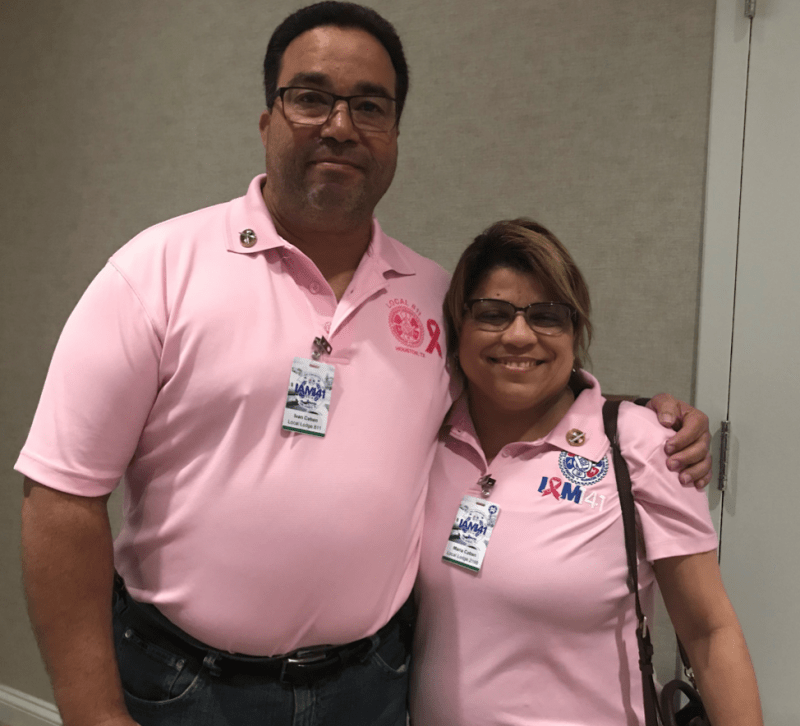 Maria and Ivan Caban were introduced by their parents, who were coworkers at the Houston Airport. Ivan’s family moved to Texas from Puerto Rico when his dad was laid off by Pan American Airways.

Their courtship began at the airport while Maria worked at the Duty-Free shop. After 33 years together, their commitment to justice and to each other drives their work. Maria is a Trustee at Local 2198, while Ivan serves as Trustee at Local 811, both in Houston, Texas.

They also enjoy working on policy-making and legislative issues, and Maria says the work brings them closer together. She said, “We are passionate about the same things, such as human rights, a better quality of life, the right to organize, defending the voiceless and those who are afraid to speak up for themselves. We went through unfair practices at the job and were happy that we could spend time together fighting with the union for what we believe.”